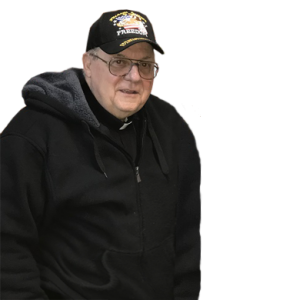 Yes, Father Drucker is a fully ordained Catholic priest. But, before joining the priesthood, Father Jim Drucker was Jim Drucker the song writer, record producer, WIBG record hop producer and disc Jockey. Father Jim worked at many radio stations, but he is most remembered for being on the legendary WARM that was by far the most listened to radio station in the history of NE PA radio. Virtually everyone who lived in the Scranton-Wilkes-Barre Area knew him. His vast knowledge of music has led him to be selected to be on OutsideFM where he will share his first hand history of the music he plays.

Listen to Father Drucker’s show every Saturday from 6am-8am, only on OutsideFM!