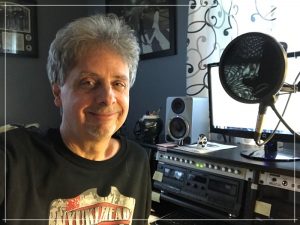 His 40 years of radio experience started out in Tamaqua, PA. That led the way for Scott to do stints in Pottsville, PA, Allentown, and Harrisburg before coming to WYSP in Philly in 1990. After 16 years Scott moved over to Classic Rock WMGK. Scott is also a musician himself and is very excited to be part of the new staff at OutsideFM.

Listen to Scott Carr’s show Monday-Friday 5pm-8pm and Sundays 5pm-8pm, only on OutsideFM!